In the interest of our members’ safety, we have placed this program on pause for the time being. Please subscribe to our mailing list to receive updates about the Wing Tsun program.

WingTsun is a southern style of Chinese kung fu. WingTsun (also known as Wing Chun) is an art focused on self defense and health, based on Taoist principles. The philosophy behind WT is economy of motion and the use of linear lines of defense and attack to finish a confrontation as quickly as possible. WT is similar to western boxing in the sense that there are less unique movements, with the focus being more on the quality of fewer techniques. WT is a primarily a striking art. We train for one to one, one to multiple, and defense against weapons. There are three empty hand forms, the wooden dummy form, long pole and double sword forms in the system. These six forms are the basis for the fighting techniques we use. The techniques are trained using a unique method called chi sau, or clinging arms. This training method relies on tactile sensitivity to sense attacks as well as respond with your own attacks. A core motto in WT is – if the way is free, go forward.Class is conducted in an open and friendly environment. Students of all levels train together so that the more senior students can coach the more junior students. Chinese kung fu uses a familial structure, where the teacher is called “Sifu” (kung fu father) and your classmates are called “Sihingdai” (kung fu brothers and sisters). 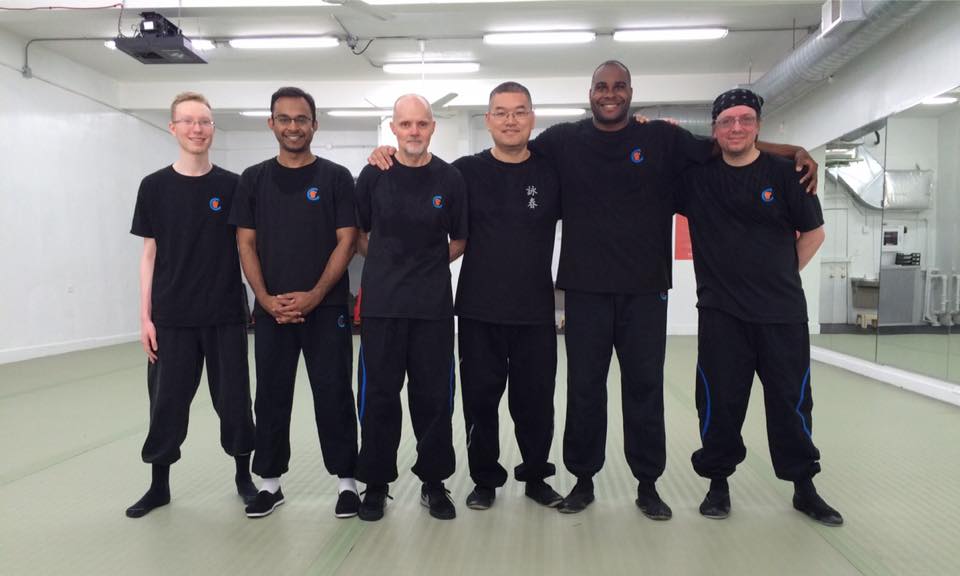